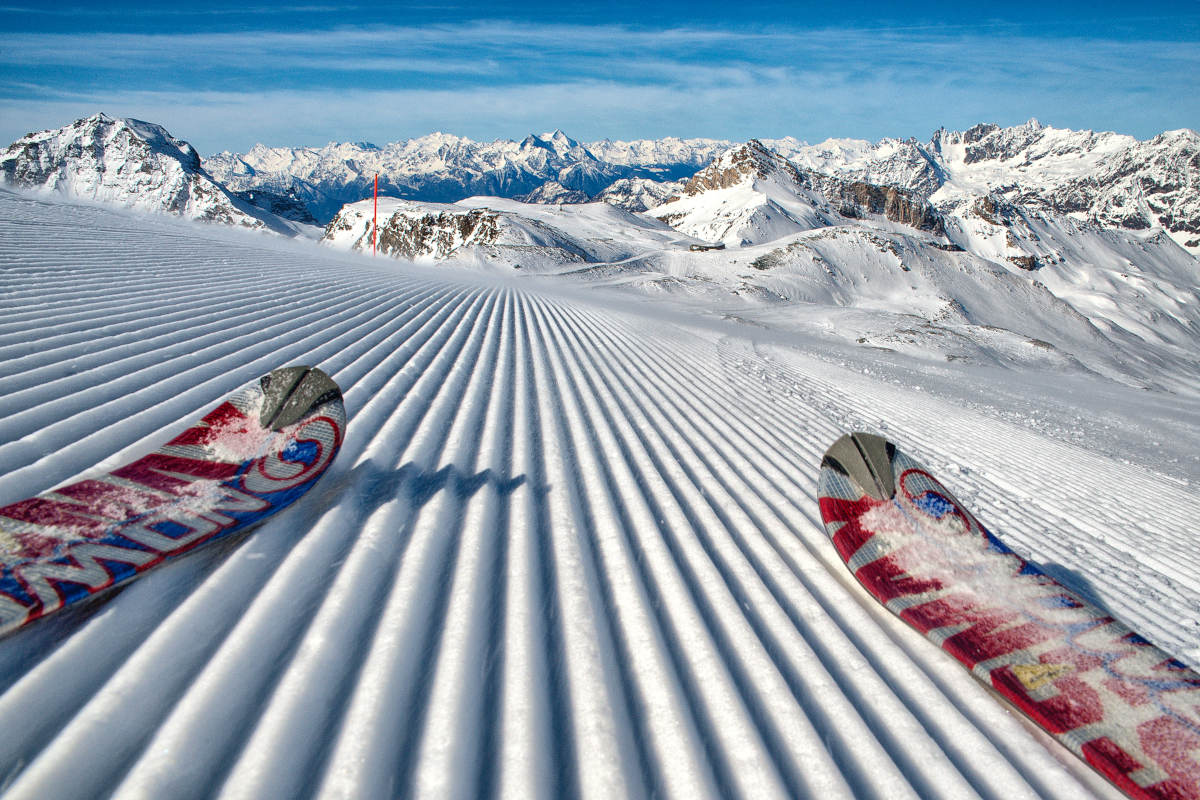 The most exciting slopes in Breuil-Cervinia ski area

The Cervino Ski Paradise is an area, two countries, three valleys.
Its max altitude reaches 3883 meters making it the highest ski region in all the Alps.
There are 19 lifts, 72 ski runs in Breuil-Cervinia Valtournenche.
If you add Zermatt runs the number reaches 150.
You are spoiled for choice, in short: it’s every skier’s dream.

In this area there so many slopes that you are not able to enjoy all of them.
So it is useful for you to learn which of them are the most beautiful. The slopes which can’t be forgotten, the slopes you will take your best skiing experience from!

Here is the podium (plus one) of the breathtaking ski runs in the resort centers of Cervino!

(If you want to learn more, at the end of the article you will find the form to download a personalized map of the area, with these 4 well-marked tracks.) This is likely to be the most famous and particular ski run in the whole territory.
It’s enough to say the BBC nominated it for the third most beautiful slope in the world!

The starting point is the impressive Plateau Rosa, a glacier located on the Italian-Swiss border and scored as one of the most scenic “balconies” in the Alps.
Before going down the slope of Ventina, stop for a while and enjoy the range of summits around you: from here Mount Cervino seems incredibly near, the magic mountains of Mount Rosa, the unmistakable outline of Monviso and the magnificent Mont Blanc.
You get lost in this enchanted view.
After a moment taking our breath away, we can ski on: the slope of Ventina is waiting for us!

This ski run is 11 km long.
It starts from Plateau Rosa at 3500 m asl and reaches the village of Cervinia.
We first find a S-shaped wall and then we go on a long seemingly flat slope with several gradients. After a while we meet a few small walls as long as we reach the cable-car Goillet. After skiing on a quite easy trail, we get to the final wall where very often snow is frozen. Skiers choosing less hard runs can enjoy one of the several detour courses aside the main snow trail. It’s true. If you look for this name in the official map of this country, you’ll not find any ski trail with this name.
It’s we who have given this nickname to the most beautiful slopes in the territory ending just in front of our hotel!
The “Excelsior Planet” slopes are two: either are served by two of the most scenic chairlifts in the area. We have been talking about the chairlifts Cretaz and Pancheron: during their return, they offer a 360-degree view over the South side of Mount Cervino!

Both slopes start from the n. 24 slope. It is a red run, very interesting from a technical point of view, especially in spring.
Past the slope, we can choose two different trails of varying difficulty: let’s see them!

Option 1 (intermediate)
After skiing on a part of the n. 24 slope, we take the 9-bis slope: it is a very easy and panoramic slow ski descent. From here on we reach the valley of Cretaz where we can go down the n. 5 slope ending in front of our hotel.

Option 2 (expert)
The second option is recommended for expert skiers only as it includes a black slope with a high difficulty.
Instead of taking the 9-bis slope we can keep on skiing on the n. 24 slope up to the crossroad with the n. 62 black slope, called “Grand Roc”. The n. 62 slope takes to the valley of Cretaz too where we take the n. 5 slope to get to the village and to the Hotel Excelsior.

Both ski slopes cross a part of the area whose evocative name is “Città di pietra” (stone town). While skiing on these two runs, you can see high stacked stones overlooking the white snowy mountains.

Together with these two slopes even all the other routes of the region on the left side of Plateau Rosa end in front of the hotel.
Here we suggested two ski runs very interesting for their morphology and landscape. Yet if you have time, enjoy them all! We transfer to Valtournenche, another valley in this area, for the “bronze medal”.
The n. 1 slope is there for us; it is called the White Queen.
It is an interesting slope for its morphology and landscape as well.

The White Queen is the n. 1 slope in the ski area of Cervino. One of the first slopes to be opened in the 70’s, it was named as the Great Slope of Valtournenche. What’s the reason? Its long route starts from the lower hill of the White Peaks and gets to the old centre of Valtournenche.

If you are fearless and principally with a solid resistance, you can start skiing from Plateau Rosa glacier. From here onward you can hit the n. 7 and 11 slopes until you link to the n. 1 slope with a short chairlift.
In this way you can enjoy a 22 km descent and 2000 meters gradient!

It is impossible to describe you all these breathtaking (in every sense) slopes so… we suggest you to try skiing the whole ski trails!

Difficulty: all the route is marked as a red slope. So the run shows a medium difficulty. This slope is out of the podium but it is really exciting nevertheless. It is placed along the side of Mount Cervino overlooking Zermatt.
We are talking now about this descent and not about the ski run as this long slope follows the long way of several slopes with different difficulties: black, red, blue with a technical and fast snow trail. This is why we recommend this snow run to expert skiers only.

We start from the Piccolo Cervino (Klein Matterhorn, to be precise) at 3880 asl with a long seemingly flat slope. Here the view is really scenic and makes you forget the cold you often feel at this altitude.
The route opens largely and the gradient keeps on increasing.

Past this first wall, the slope becomes blue and takes up to Trockener Steg. station. This is the second panoramic place we meet while going down: take some minutes to look around… and rest for a while!

From here onward we meet red slopes until we reach Fugg station. Here you must face the hardest part of the trail: a black slope which arrives at Furi station after facing a series of narrow bends and a very hard wall. Along this way we arrive in Zermatt through an easy red run.

Today we have accompanied you on the most interesting and stunning snow slopes in the area of Breuil-Cervinia.
But you must ski on all the 150 snow-covered slopes belonging to these mountains. Every single slope offers great surprises and strong emotions.

Obviously enjoying them in one go is impossible. But day after day, winter after winter, you will always find them here waiting for you and every time they will be ready to let you enjoy with your skis on!

Have we intrigued you? Do you want to understand better what these 4 tracks are? Leave us your e-mail address and download our personalized Ski Paradise map!

A new winter season has just started… with a range of new proposals for you! 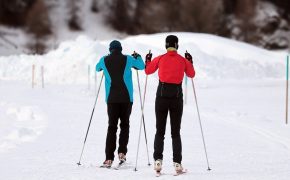 Cross-country Skiing in Cervinia: A Day Out Immersed in Nature 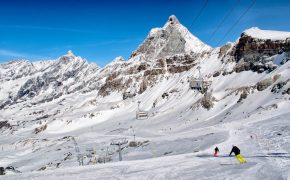 Skiing in Breuil-Cervinia: advices, dates and prices of the ski area 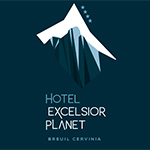 Completely renovated, few steps from the pedestrian road and from the ski slopes, the Hotel offers a mountain atmosphere and first-class welcome. Let yourself be impressed by the romantic warmth of the crackling fireside.